He concurs that the clothes may have changed, but that the wolf [imperialism] is still there. In other words, the division of labor where the periphery provides primary commodities for the core capitalist economies is still observable and it is still necessary to sustain the value of money.

Nancy Fraser agrees with Foley and Patnaik on the continued relevance of imperialism. She argues that contemporary financial globalization is siphoning resources from the South to the North, and that this movement of resources is grounded in geography. 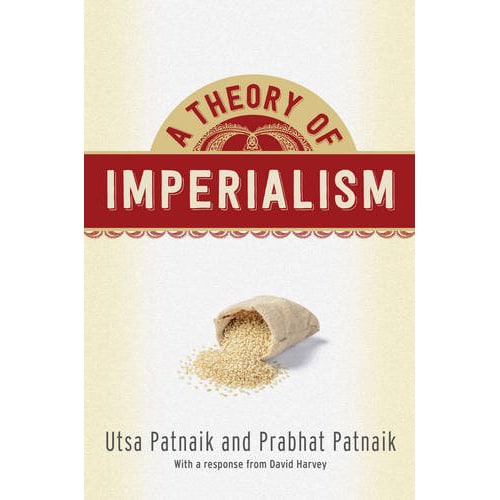 However, she also points out that it is important to keep in mind that there are different phases of imperialism, as well as different dimensions. Furthermore, the various dimensions play different roles in the different phases. Neither of these processes can be understood fully without understanding all of them and how they relate to each other.

A particularly important distinction Fraser makes is between expropriative versus exploitative transfers, which illustrates a mix of political and economic mechanisms. She stresses the entwinement of the political and economic dimensions of imperialism, and contends that the distinction is often blurry, although on the surface it might appear to be straightforward. As for the phases of imperialism, Fraser identifies mercantilism where the main method was conquest , 19 th century liberal industrial capitalism where we saw a combination of coercion and free trade , decolonized states and managed capitalism of the 20 th century political coercion decreased in this period, but unequal exchange was still prevalent and still not purely economic , and financial capitalism of the 21 st century in this period the economic dimensions are more salient but the political is still there, for example through financial and institutional arrangements orchestrated by the IMF and the World Bank.

Fraser also points to the new and intensified round of land grabbing in many parts of the world, that make it clear that political as well as economic means of imperialism are still relevant. She considers the only truly spontaneous element in capitalism to be the endless drive for accumulation and therefore that imperialism itself cannot be understood by only focusing on this economic aspect.

Rather, political control must also be taken into account. She argues that expropriation may be necessary for profitable exploitation in capitalism. This begs the question: is imperialism necessary for capitalism? He disagrees fundamentally with Patnaik and thus also with the rest of the panel , as he has also expressed in his foreword to the book A Theory of Imperialism.

A Critical Perspective On Development Economics

Latin American countries are producing soybeans — not for the US who is a net exporter of soy beans — but to China. Harvey points out that Marx did speak of spatial transfers from labor-intensive to capital intensive areas and considered that this would happen between nations. However, Harvey argues that an important element in Marx is that redistribution tends to benefit the capitalist class and that it is not a transfer between workers. Similarly, German workers did not benefit from being a part of the European Union, but German capitalists did.

As Marx once said we have to be prepared to adjust our categories according to changing circumstances, Harvey argues that circumstances have changed so much that although imperialism once was a relevant concept, it is simply not useful anymore. Unquestionably there is a redistribution of value going on and it is geographical, but it is more complicated than reducing everything to imperialism.

Finally, the chair of the discussion, Sanjay Reddy , gets the opportunity to add his two cents.

A Critique of David Harvey on Imperialism – Radical Political Economy

He asks: Is it adequate to say that a system has a certain need? Systems can have imperatives that are not adequately realized and there can be competing imperatives. This stands reality on its head: far from signifying a power shift toward low-wage countries, the growth of foreign trade reflects an enormous expansion of the power of imperialist TNCs over these countries—and of the increased dependence of these corporations on surplus-value extracted from their workers.

Furthermore, the global shift of production processes to low-wage nations was driven by TNCs in order to buttress their competitiveness and profitability, and to great effect, yet Harvey presents this as evidence of declining imperialist competitiveness. According to Harvey, core capital attempts to resolve its overaccumulation crisis through a spatial fix, involving the production of p.


This is what Marx called a chaotic concept. Instead of the deliberate vagueness of exploration of new possibilities for the exploitation of labor-power, what about something much more straightforward like intensified exploitation of low-wage labor?

In The New Imperialism , published in , Harvey devotes two pages to the globalization of production processes. He begins by inserting this development into his basic overaccumulation of capital thesis pp.


But in short order this exacerbated the problem of surplus capital production world-wide. Formally separating industrial capitalists and financial capitalists, he ascribes the driving source of the outsourcing wave to the unleashed power of finance capitalists asserting their domination over manufacturing capital, to the great detriment of U.

A battery of technological and organisational shifts … promoted the kind of geographical mobility of manufacturing capital that the increasingly hyper-mobile financial capital could feed upon. While the shift towards financial power brought great direct benefits to the United States, the effects upon its own industrial structure were nothing short of traumatic, if not catastrophic….

Wave after wave of deindustrialisation hit industry after industry and region after region…. The US was complicit in undermining its dominance in manufacturing by unleashing the powers of finance throughout the globe. The benefit, however, was ever cheaper goods from elsewhere to fuel the endless consumerism to which the US was committed. Outsourcing was not so much driven by the awakening of finance but by stagnation and decline in the rate of manufacturing profit and the efforts of the captains of industry to counter this. Increased imports of cheap manufactured goods did much more than fuel consumerism, it also directly supported the profitability and competitive position of North Americas industrial behemoths, and was actively promoted by them.

Far from ending U. NOTE: In my view, with respect to any discussion on the nature of capitalist imperialism, it is requisite to highlight ex post balance of payments constraints cf. McCombie, , along with the formations that constitute international monetary hegemony cf. Kotz, Kotz, David M. McCombie, J. After all, it is the displacing effects of continued enclosures and primitive accumulation as an ongoing phenomenon which abjects human beings to the extent that they must rely on sales of labor power to earn the means of livelihood.

He gives the Chinese elite a claim at agency opening up the possibility that they make a difference to the geopolitics of empire. Your point about how Harvey fails to empirically show that tropical goods are flowing to China is well taken ofcourse.


I wonder if it could be possible to reconcile this disparate body of literature towards a general theory of empire for the 21st century? For that however, we would have to reimagine states as systems rather than monoliths. Like Like.

Historical scholarship on the classical- Marxist theories of imperialism

By John Smith , David Harvey, author of The New Imperialism and other acclaimed books on capitalism and Marxist political economy, not only believes that the age of imperialism is over, he thinks it has gone into reverse. In 17 Contradictions and the End of Capitalism , for example, he says: Disparities in the global distribution of wealth and income between countries have been much reduced with rising per capita incomes in many developing parts of the world.

In his Outsourcing, Protecionism, and the Global Labor Arbitrage Stephen Roach, then a senior economist at Morgan Stanley responsible for its Asian operations, explained why: In an era of excess supply, companies lack pricing leverage as never before. Like this: Like Loading Post to Cancel.